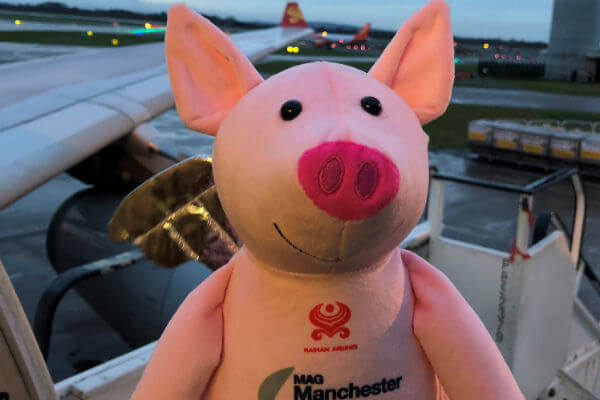 Passenger numbers flying to China from Manchester grew by 17% in the past year.

More than 260,000 people travelled to Beijing and Hong Kong from the north-west hub.

Hong Kong has been served from Manchester by Cathay Pacific for four years and Beijing with Hainan Airlines for two and a half years.

The airport has a number of activities planned as a result to celebrate Chinese new year on February 5 and the Year of the Pig.

Airport CEO Andrew Cowan said: “We have seen first hand how the connectivity Manchester airport now provides with China has unlocked a wide range of cultural and economic benefits for the region.

“This year’s Chinese new year activity will provide an opportunity to celebrate those links and I look forward to sharing the celebrations with our customers during the period.”

Yu Dongwen, Lead Director, BCEGI UK and Airport City joint venture partner, said: “At BCEGI we have developed a strong relationship with Manchester. Since the announcement of Manchester–Beijing direct flights, BCEGi has been involved with £2.6 bn of projects in the region including Airport City Manchester and the Middlewood Locks development in Salford. We are delighted to help maintain close ties with Greater Manchester and the wider region as it looks to develop and realise the Northern Powerhouse vision.”