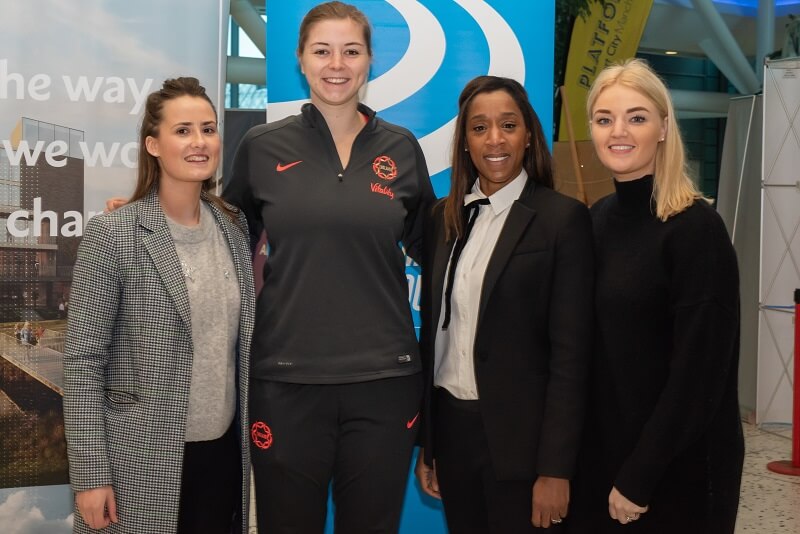 A new initiative funded by Airport City Manchester in partnership with the Diane Modahl Sports Foundation (DMSF) is aiming to give young people in Wythenshawe new opportunities and qualifications with high level sports coaching by champion sports stars.

Located next to Manchester Airport on the border of Wythenshawe, the landmark £1billion Airport City development has teamed up with the former middle-distance runner, Diane Modahl, who hails from Longsight and won gold at the 1990 Commonwealth Games, amongst many other titles.

Led by DMSF Programme Manager the first school to benefit will be St Paul’s High School in Wythenshawe with DMSF running two sports session a week until the end of the school year. The sessions are based on multi sports, coaching and leadership qualifications with DMSF’s core values of focus, discipline and commitment. 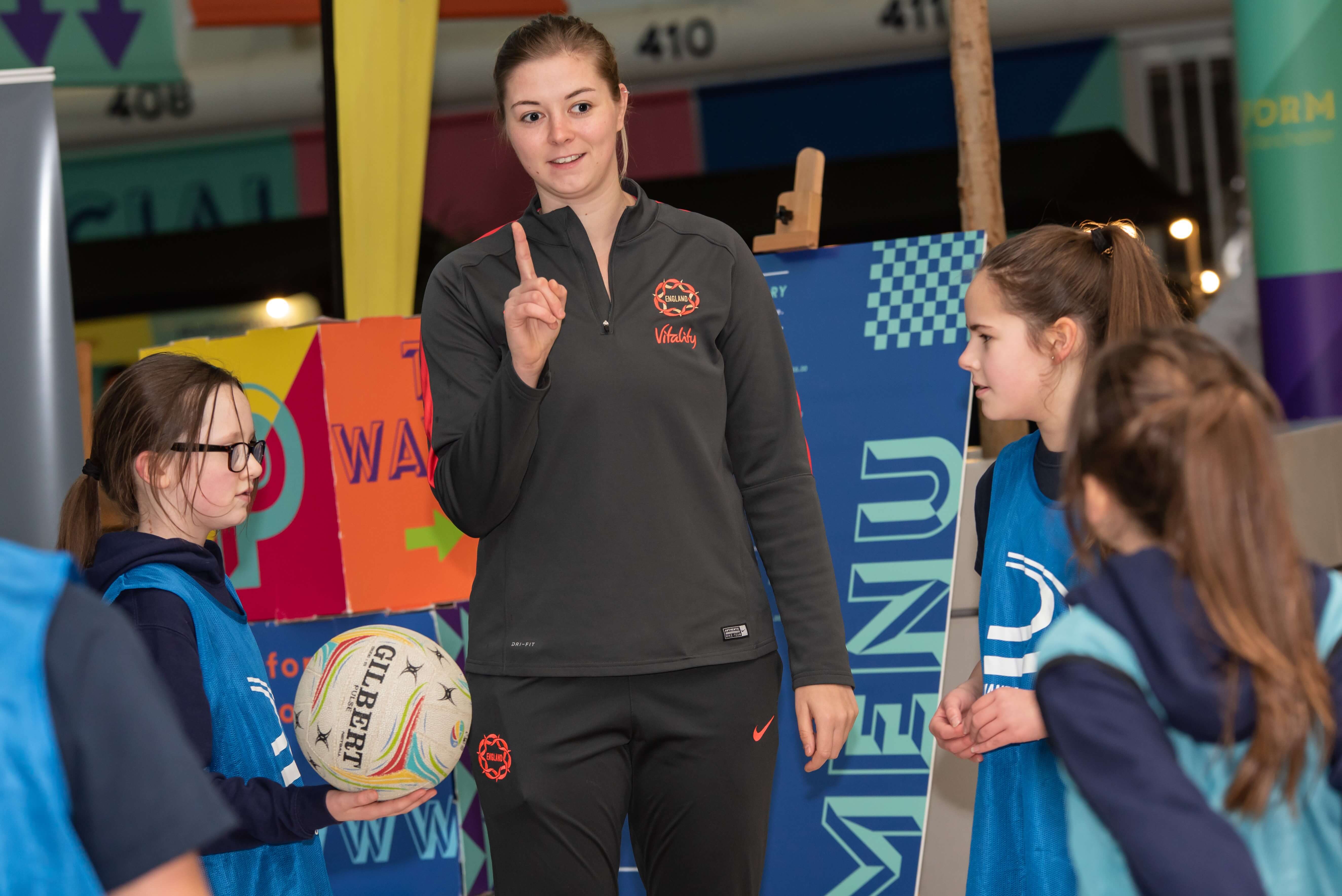 The partnership was launched at Platform Airport City by England and Manchester Thunder Netball star, Eleanor Cardwell, who is expected to play a part in the Netball World Cup later this year, with pupils from Bolshaw Primary School in Heald Green.

Eleanor Cardwell, Manchester Thunder goal attack and shooter said: “: I think DMSF is an incredible charity to be involved with and anything to get children involved is a bonus. I always love to come in and help with drives like this.

I think a good way to inspire children would be through telling my story- that I was once where they were. I was from Blackpool and there wasn’t that much sport there, and I think what I want them to know is that, no matter what background you’ve come from or what privilege you’ve had, that anyone can make it into sport.” 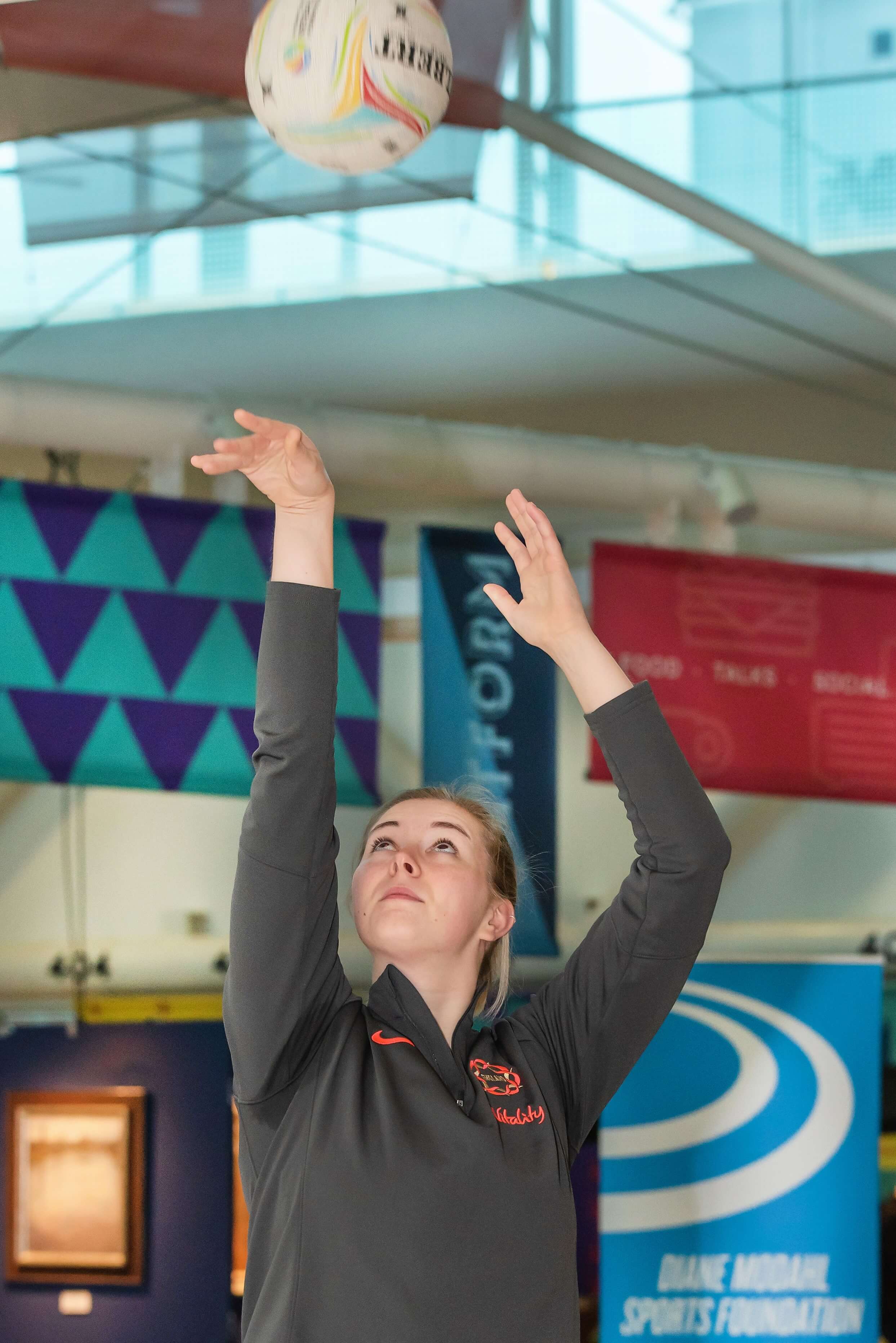 Co-Founder & CEO of the DMSF, Diane Modahl, said: “In partnership with Airport City Manchester we will engage young people in Wythenshawe to provide a pathway of programmes to empower and inspire them to find their purpose, using sport as a catalyst for change.

“With a strong foundation of coaches, mentors and volunteers, we aim to provide opportunities for young people to develop in sport, leadership and enterprise opportunities in a positive and focused environment that teaches commitment and resilience.”

The Diane Modahl Sports Foundation (DMSF) is a registered charity which works with young people from disadvantaged areas across the North West, enabling them to make the most of themselves in sport, school and life.

DMSF was set up by commonwealth games gold medallist Diane Modahl, who represented Great Britain in four Olympic games from 1988-2000 and her husband Vicente Modahl. Her early experiences as a young person from a deprived community inspired her to establish a youth foundation to help those most in need.

Success on the programme will be measured by the opportunities offered and accessed by young people, progression onto volunteering, leadership and training roles and any increase in community members’ health and wellbeing among other things.

Caitlin Callaghan, Senior Marketing Executive of MAG Property said: “What’s most important to us is that we can empower an ambitious community and create a place where great things happen.

Through this partnership with DMSF we are certain we can do some amazing work that will create a lasting impact on young people’s lives so they can grow in a positive and focused environment that teaches commitment and resilience.

“DMSF are making strides to open a world of opportunity by giving access to young people in schools to receive high level coaching. Through their programme, DMSF and Airport City Manchester will help young people develop focused thinking to study better while providing them with the building blocks for an easy transition from education to employment.”